To mark the 25th anniversary of the Accords, the Museum has launched an online version of this innovative exhibit.

The 1992 war in the former Yugoslavia was the first conflict since WWII to be formally judged as genocidal in character, and many of the participants were charged with terrible war crimes.

It was in Dayton, Ohio, in November of 1995 that the world community — led by the U.S. State Department — brought to the table the leaders of the three warring nations for weeks of conflict resolution. The Dayton Peace Accords is the name given to the written agreement that negotiated an end to the war. 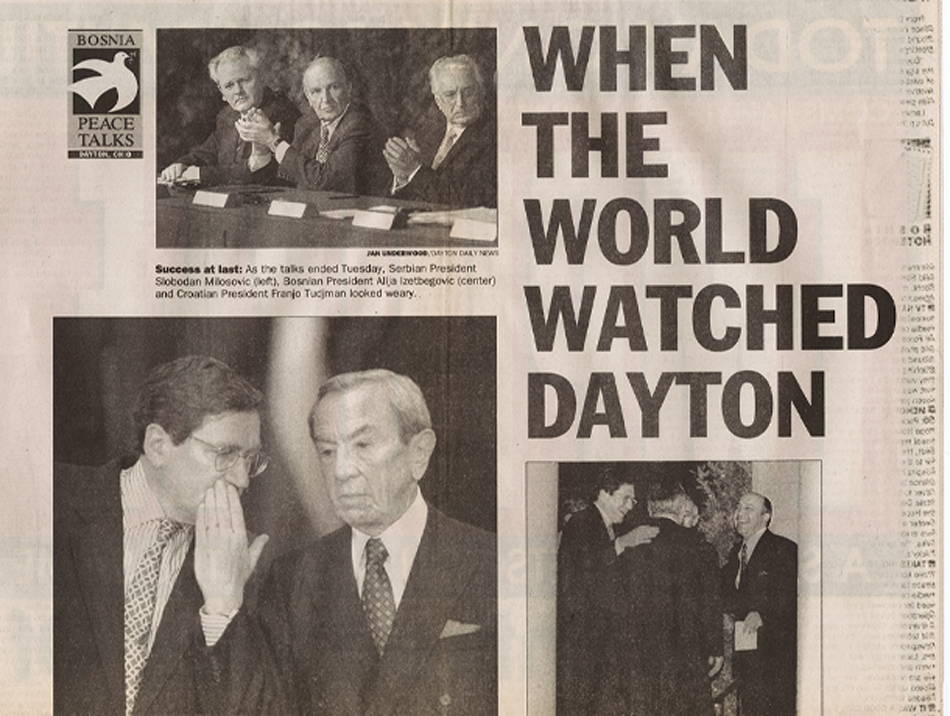